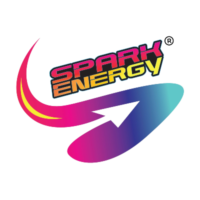 Guarana – a climbing plant growing in forests which has long been used by South American population both for treatment and ritual.

The extract from the roasted guarana seeds produced before Columbus had discovered America was used for curative drinks because of its stimulant, tonic, aphrodisiac equivalent effect and the ability to protect the digestive tract.

• helps to suppress your appetite;

• helps while experiencing the lack of energy, drowsiness, sensation of fatigue;

• has a long-term stimulating effect;

• acts as an aphrodisiac;

• helps to improve digestion because it reduces the excretion of gastric juice (tannic acid);

Guarana leaves, berries, seeds contain the guarana material chemically very similar to the caffeine in coffee beans and often also referred to as caffeine. However, guarana, unlike caffeine, runs slowly: the extract of this plant is not absorbed quickly as guarana contains fat that is difficult to dissolve in water. Therefore, its effect is much longer than the caffeine. Moreover, Guarana has 2.5-4 times stronger effect than the caffeine in coffee and tea.

Many of us have experienced a variety of problems after drinking too much coffee. This is irritation, inability to concentrate. Some particularly sensitive people very poorly tolerate this popular drink, their hands start shaking, heartbeat gets rapid, there are often problems with the digestive tract – heartburn, indigestion. Sudden and short-term effects of coffee irritate the body, while guarana has a calming effect, refreshes and relaxes. Due to the slow intestinal absorption caffeine located in guarana less irritates body. Positive effects of guarana may last up to six hours after ingestion. This allows you to increase work efficiency without any negative side effects.

Other substances found in guarana are theobromine (causing activity), and theophylline (relaxing the smooth muscle spasms). These materials accelerate the metabolic processes, reduce appetite, improve physical and psychological well-being. They also do not let accumulate fluids in the body. Guarana increases mental activity, helps to overcome fatigue, increases physical and emotional endurance. It helps to remove toxins from the blood, reduces the accumulation of gas in the intestines, reduces obesity.

Scientific studies have shown that people who use guarana, better and faster perform the tests for the investigation of mental activity, they make fewer mistakes. Unlike some of the stimulants guarana, that activates the brain activity, does not cause fatigue. On the contrary – it reduces the need for sleep and increases endurance.

Guarana stimulates not only the brain, but also metabolism, improves digestion, reduces appetite, so it can help to lose weight. It has been proven that by using guarana you can lose up to 10% of body weight. As a result, the material is used to reduce overweight.

In European Union Guarana is little known to the general public. Probably sportsmen know about it the most. Since guarana provides a positive impact on disciplines that require quick and intense concentration – active sports, martial arts, as well as those requiring long-term activities, such as cycling, it is often used by manufacturers of specialized nutritional supplements. Among supplements distributed in European Union may be mentioned: Gerimax extreme energy, Guarana forte, Guaranamax. However, guarana is not limited to the use of dietary supplements. When you look at, you can find a wide range of products as organic by UK Soil Association, anti-cellulite remedy „Perfect Body” (guarana extract improves microcirculation). Guarana can be even used in toothpaste (it stimulates gingival blood flow, improves the metabolism of gums).